We partnered with Humans of Ōtautahi to profile several local men on what being "Manly As" meant to them. Meet Josiah:

"I moved to Christchurch when I was six, I was born in Dunedin. My Dad’s Samoan, he moved to New Zealand when he was 17, so I’ve grown up with Samoan heritage. My Mum is Scottish, Polish and English, so trying to find a space where the two cultures fit together nicely is something I struggled with when I was young and I don’t want others to have to. I’m the chair of the PYLAT Council, (Pacific Youth Leadership And Transformation) a small trust which empowers Pacific youth people to participate in all worlds. The two very strong themes that come through are; racism exists and is live and well in New Zealand, and secondly inequity exists because of colonisation and past wrongs. We have to rebalance the scales so those challenges are addressed. As a younger Pacific man, It’s important to me to bring up the voices of those who aren’t well heard, including Rainbow communities.

There are some embedded stereotypes about what Pacific men in New Zealand are like, and that goes back to when our communities started to come here in the 60’s. Interestingly, there was a time where our community was wanted and desired, men in particular for the labour they could provide in this country. But within 10 years the government changed its view and implemented the dawn raids which New Zealand has never apologised for, but at a deeper level, it has never got rid of the stigma that Pacific men are bad men and thats perpetuated alot in our media. I think our stories as Pacific men are misunderstood, and we get put in the box of being successful on the sports field, occasionally performing arts, but rarely in areas such as academics and management. There are also strong expectations of what the role of a Pacific man is in the Pacific context. A mans role is to do a lot of the heavy lifting in terms of work, for example, and there is a traditional role that men have in leading the family. Sometimes this can be to the disadvantage of women, and that’s something particularly my generation has the opportunity to help reshape. 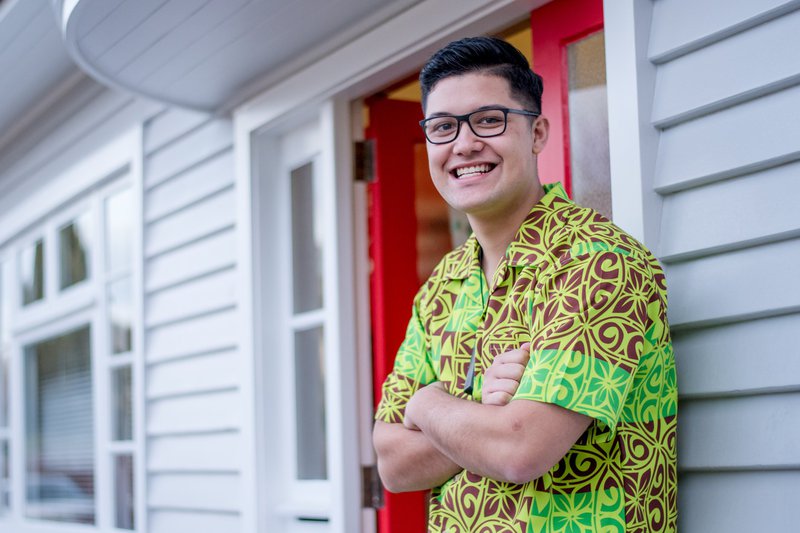 To me, masculinity is not about holding things close to yourself. If you’re going through tough times, keeping those feelings to yourself to me is not manly. Courageous vulnerability is a phrase I’ve heard thrown around and to me that’s true masculinity. You can put yourself in a position where you feel uncomfortable, but just pushing past it because we know its the right thing to do, particularly when reaching out to a mate and checking if a mates ok. That’s when it matters a lot. Being a real man to me is when you can ask them what’s really going on. Not just how are you, are you all good, but pushing past that and then when people are real with you, knowing how to respond.

I care about young people, specifically young pacific people having a voice, I care about communities that at times haven’t been included, being included. I care about people being well and being happy. I’m not a clinician, I do as much as I can to be there and offer the support I can, which is often hangouts and hot chocolates - I dont drink coffee. I’m just someone who tries my best to care, and that’s all I can do.”